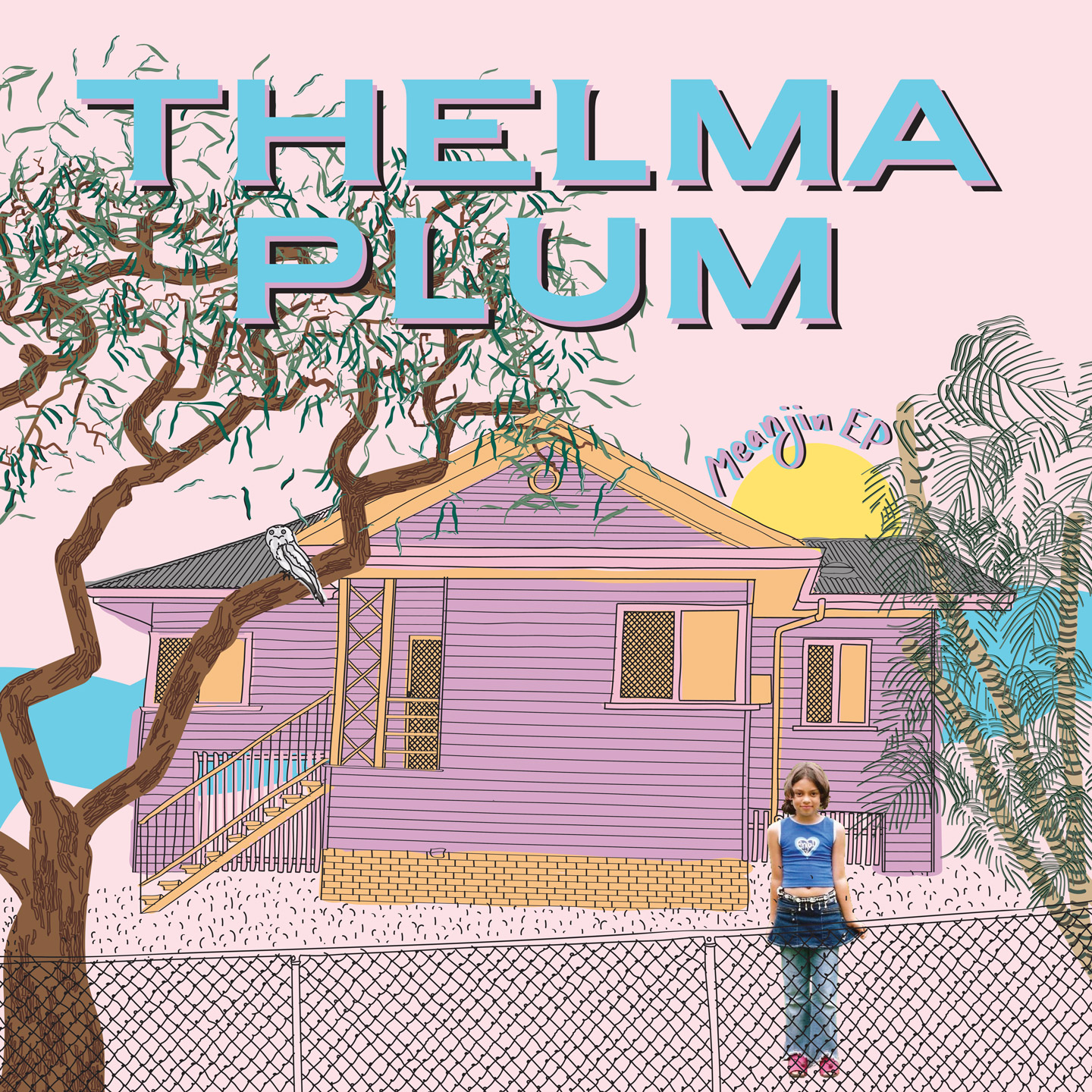 Following her long-awaited, striking May single “Backseat Of My Mind”, beloved singer-songwriter Thelma Plum is proud to announce her brand new EP Meanjin, due for release on Friday 12th  August. In celebration of the extended release, Thelma will be welcoming audiences to The Meanjin Tour, travelling around the country throughout August and September. The Meanjin Tour sees Thelma joined by some very special guests. “I can’t believe I am lucky enough to have both GRAACE and Jem Cassar Daley join me on this tour,” says Thelma. “They are artists I adore, and I can’t wait to see you all!”

Adding to the already abundant news is a new track “When It Rains It Pours” – one of Meanjin’s six songs from the heart, about the heartland, and a breathtaking, nostalgic addition to the Gamilaraay artist’s flourishing catalogue.  “After far too much solo time spent in lockdown, I was sitting on my balcony watching my neighbours set up this extravagant looking dinner party during a classic Brissi downpour” says Thelma of the new single. “I was lonely and missed my family terribly. I longed to be sitting around a table with them, but I wrote “When it Rains it Pours” instead!”

Talking to the forthcoming EP, Thelma adds “We all know what happened at the start of 2020 – I was in the middle of recording an album in London when the world changed and in between lockdowns and floods I kept working on music and it became apparent that I had a whole separate body of work which was a love letter to my hometown Meanjin – so here it is for you all”.

The trio of announcements come after the brilliant new single “Backseat Of My Mind”, which marked Thelma’s first original release since her acclaimed ARIA-winning debut album Better In Blak in 2019. Written as a self-described “nostalgic feeling ‘driving’ song”, the single swiftly took out the number one most played spot on both triple j and 4ZZZ, and landed Thelma her first commercial radio additions on Brisbane’s B105, plus Late Nights on both Hit Network and NOVA, amongst coverage from Refinery 29, The Guardian, NME, Music Feeds, and more.

“Backseat Of My Mind”; also heralded Thelma’s return to the live stage, joining Paul Kelly for a special run of performances at the Sydney Opera House for VIVID Live before revisiting previous COVID- affected tour dates on her Making It Up To You Tour. With a run of dates in support of Vance Joy set to follow Thelma’s own Meanjin Tour later this year, Thelma Plum’s homecoming has well and truly arrived.

In 2019, Better In Blak – a storied record of culture, heritage, love and pain – became one of the most successful albums of the year with seven ARIA nominations and a win, as well as spawning the ARIA Gold-certified single (“Not Angry Anymore”) and three Platinum singles (“Better In Blak”, “Homecoming Queen”, “Clumsy Love”). The title track landed in the top 10 of the triple j Hottest 100 – the highest ever result for an Indigenous artist at the time – and won the prestigious Vanda and Young “Song of the Year” award.

While “Backseat Of My Mind” was Thelma’s first new original music since the record, the celebrated creative has far from receded from the public eye. Thelma and her music have been involved in high profile campaigns for White Shirt Day and a number of household brands; for Netflix’s ‘Back To The Outback’ animated feature film (starring Tim Minchin and Eric Bana), as well as appearing on the cover of the re-launch of  InStyle Magazine Australia  and most recently digital beauty magazine Gritty Pretty. 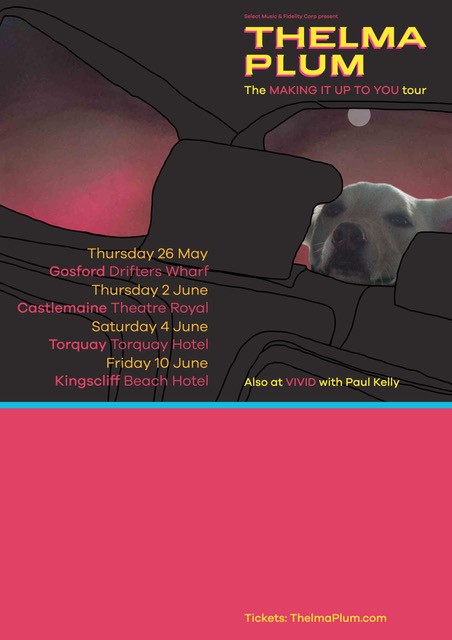 new single “Backseat Of My Mind”

After a feature first play this morning on triple j’s Breakfast, Thelma Plum is proud to reveal her new single “Backseat Of My Mind” – her first new music since 2019’s era-defining, ARIA-winning album Better In Blak.

Threaded with purposeful yet reflective lyrics – “As I look in the rear-view mirror, I leave it behind in the backseat of my mind”- the new track sees the Gamilaraay singer-songwriter venture forward into the new, carried by her evocative and somewhat nostalgic vocal delivery.

While “Backseat Of My Mind” marks Thelma’s first new original music since the record, the beloved creative has far from receded from the public eye. Thelma and her music have been involved in high profile campaigns for White Shirt Day and a number of household brands; for Netflix’s ‘Back To The Outback’ animated feature film (starring Tim Minchin and Eric Bana), as well as appearing on the cover of the re-launch of InStyle Magazine Australia.

With plenty more on the horizon, Thelma looks forward to you buckling up and joining her for the ride!

Making it Up To You tour

Thelma Plum is very happy to announce the Making it Up To You tour, playing a handful of the venues that had to be cancelled on the Homecoming Queen run of 2020, no, they were rescheduled.. 2021.. Whenever, she said she would  – and she is – making it up to you.

With a big bag of new tunes to show her fans, Thelma says “I am super excited about playing the Vivid Live shows with Paul Kelly, but with headline shows not just a dream, it’s a great time to do some of my own dates, so the band and I are so keen to get back on the road!”

The Making It Up to You tour goes to places she is not already playing with Vance Joy later this year. If there isn’t a show near to you, please don’t worry – plenty of more shows to be announced as its going to be a busy one!

Thelma will be playing songs from her “Better in Blak” album as well as a swag of new tunes from some rapidly approaching releases… more news of which can be expected VERY soon!